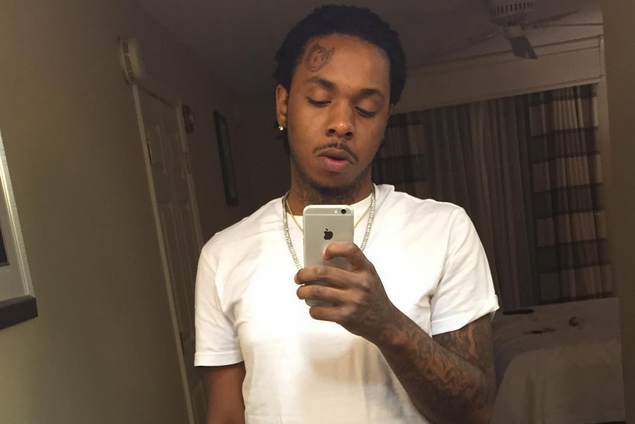 A 21-year-old Chicago man was ordered held without bail on Monday on murder charges in the death of a 13-month-old boy who was hit by a getaway car in a gang-related shooting in which a local rapper was killed, the state’s attorney’s office said.

Prosecutors said Antoine Watkins, who is charged with murder, attempting to elude police and other crimes,fled the scene of the murder of Chicago rapper Capo on Saturday.

He was chased by police, lost control of his car, crashed into a post and then hit the baby, authorities said.

Watkins is not charged in the murder of Capo, whose real name was Marvin Carr and who recorded for the Glo Gang label run by rap star Chief Keef. Police described Capo as a gang member.

Watkins appeared before Judge Peggy Chiampas at a bond hearing on Monday. Local media reported that a woman shouted “You killed my baby!” during the brief hearing.

Watkins ran red lights and was driving more than 70 miles per hour on neighborhood streets when he hit Dillan Harris, the baby in the stroller, according to prosecutors. The medical examiner initially gave the baby’s name as Dillon but later corrected the spelling.

The boy’s mother and her two daughters, along with Dillan in the stroller, were standing at a bus stop, heading on a beach outing when the car veered toward them, the Chicago Sun-Times reported.

The mother told the newspaper she pushed her girls out of the way but was not able to save her baby.